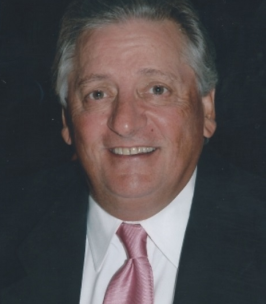 Richard Joseph Apicella, a New Yorker’s idea of a New Yorker, a business owner and amateur chef extraordinaire who became “Uncle Richie” to people who met him only once, died Jan. 3, 2021. He was 77.
Richie was, at his core, a product and ambassador of the city he called home his entire life. Born in Queens as the youngest of Harry and Rose Apicella’s eight children, he attended St. Francis Preparatory School and then Queens College before joining the U.S. Navy. He served aboard the U.S.S. Forrestal from 1962 to 1964.
Richie spent his working life in the textile industry, joining his brother Anthony after leaving the navy. He eventually helped found Safco Fabrics, the company he ran until his retirement. As the domestic textile industry began to shrink, Richie, the self-proclaimed “last of the garmentos,” owned one of the last U.S. companies to survive, buoyed by a reputation for integrity and loyalty.
He married the former Kerry Quinn in 1976 and was father to Katherine Quinn and Elizabeth Quinn Apicella, who were not only his proud daughters, but among his closest friends.
Perhaps his greatest recurring role was as host and chef, preparing his famed Sunday Night Pasta dinners for the largest crowds he could assemble. During his annual practice of giving up pasta for lent, hundreds suffered.
The excellence of those dinners was not limited to his rigatoni or his red sauce, it was the color and warmth of his personality. His eggplant parmesan, like his accent, was often imitated, but the exact flavor of both was impossible to replicate. He could engage anyone he met with conversations about history, music, or his tortured love of the Giants and Mets. He could disagree with someone and tell them “go scratch yourself” or “go knock your brains out” in a way that left one still enamored of him. And he was, above all, a spectacular dresser.
Richie constantly urged companions to “taste this” or “listen to this,” always eager to share his appetites for life. He was an opera fan who reveled in a night at the Met or listening to Tosca while speeding on the FDR with the windows of his car down.
He was an avid sportsman who golfed and skiied, but his best sport was that most quintessentially New York avocation, handball. Richie was a seniors champion at the New York Athletic Club, where he was a stalwart member for decades and president of the “Killers Club” of four-wall handball players. In his later years, Richie was a popular docent at the U.S.S Intrepid, perhaps as much an institution as the ship itself.
Richard is survived by his wife and daughters, all of Manhattan; his sister Joan Apicella Dullmeyer, of Florida; brother Arthur Apicella, of New York; and Dan Turner, of New York.
The Apicella family has requested that donations in his name be made to the lung transplant program at Columbia Presbyterian Hospital, where he received a transplant in 2016. Checks should be made payable to NewYork-Presbyterian Fund Inc. and sent to:
NYP Development Office
850 3rd Ave, 12th Floor
New York, NY 10022