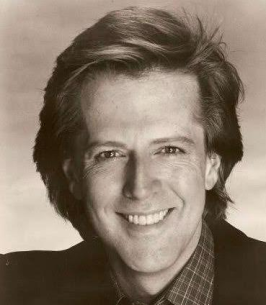 The broken-hearted family of Kevin Kean Murphy would like to share the news of his passing on Monday, April 4. He died peacefully in his sleep after a long illness. Kevin’s death leaves a hole in our hearts that will never be filled, but we’re relieved his suffering is over and comforted by the knowledge he has reunited with our parents and our brother Sean in heaven.

Where to start about Kevin? He was gifted with a great sense of humor and could reduce a room to uncontrollable laughter at will. He was an artist, expressing his talent as the writer of award-winning plays and short stories, as an actor, producer and stand-up comedian. Kevin’s debut novel, "Kapitola and the Kids of Pinewood Avenue," was published on Amazon to strong reviews in 2018.

He wrote a great many plays and screenplays, among them “Asunder,” which won a Beverly Hills Theatre Guild Award and “Zola’s Day,” https://youtu.be/qkvELxQMAx8, a romantic short film which he wrote, executive produced and co-starred in with Jeannine Moore. Directed by Douglas C. Williams, “Zola’s Day” was nominated for Best Short Film at the 2011 International Film Festival Manhattan, was also nominated for Best Actress (Jeannine Moore) and Best Screenplay (Kevin Kean Murphy) in the My Final Shot Production Awards, won Best Art Direction (Douglas C. Williams) in the San Francisco Short Film Festival.

Kevin’s acting credits include his roles as John Forbes Kerry in the Off Broadway play “JFK, He’s No JFK,” as Halston in the film "Ghostlight," as Ascot Man on "The Sopranos" and The Reporter in the Wu-Tang Clan Videos. Kevin also appeared in episodes of the Law & Order series franchise, in several Woody Allen films and other major motion pictures like “The Departed” and “Serendipity.” Kevin launched his standup comedy career in 2013, appearing at comedy clubs throughout the city. See his performance at the Gotham Comedy Club here: https://www.youtube.com/watch?v=_VUeiQvmUn4

Kevin was born and raised on Long Island and was a long-time resident of Manhattan. A graduate of Hofstra University, Kevin was compiling a collection of short stories for his next book, "Lonely People" at the time of his death.

Kevin leaves behind his brother Denis Kean Murphy, Denis’ daughter Meghan Murphy Batten, her husband Craig Batten and their three children. He also leaves behind his sister Tola Murphy-Baran and her husband John Baran, their sons Sean Murphy Baran and his wife Jesmey Peng and Luke Murphy Baran and his wife Kristin Steiner and their daughter, plus many cousins and dear friends. Kevin was predeceased by his brother Sean Murphy and his parents John I. and Capitola K. Murphy.

The family invites you to Reddens Funeral Home, 325 West 14th Street in Manhattan for visitation on Wednesday, April 20 between the hours of 3 and 6 PM. You are also warmly invited to Kevin’s funeral Mass at the Church of St. Francis Xavier, 46 West 16th Street in Manhattan on Thursday April 21 at 10 AM.

In lieu of flowers, please consider a donation to the Actors Fund, (justgiving.com/theactorsfund) or the American Lung Assn. (action.lung.org).