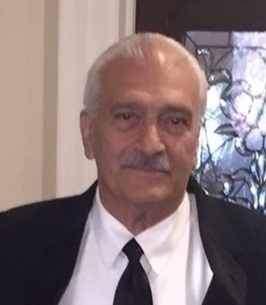 It is with a heavy heart and deep sadness to convey the passing of Vincent (“Vinny”) Soldi on Wednesday, April 6, 2022, beloved husband to Linda, father to Jennifer and Nicole Soldi, and grandfather to Gianna and Dominic D’Amato.

Vinny was born on August 19, 1945, to beloved parents, James Soldi and Edith DeCicco. He was born in Jersey City, New Jersey, and shortly thereafter, his family moved to Arthur Avenue in the Bronx, New York. When Vinny’s father passed, his Mom sold her house and moved to Grand Street in New York City. Vinny was one of four siblings, all predeceased him, his brother Sonny, his sister Margaret (“Marge), and brother, Edward (“Teddy”), Vinny was the youngest. His grew up having a strong sense of family and was he was very close to his siblings. He was exceptionally close to his nephews, his sister, Marge’s sons, and truly enjoyed visiting them when they were young and spent time with them, and he continued being close to them to this day. Vinny’s Mom was a homemaker and his Father had a trucking business and in time, Vinny established his own trucking business. Later in life, Vinny’s then worked for Salson Trucking Co. in New Jersey and drove a 52’ tractor trailer having routes to New England, Pennsylvania and Florida long distance runs. He loved visiting different places and meeting people.

Vinny married his spouse, Linda Gillette, and they had two beautiful daughters, Jennifer and Nicole Soldi. They lived in Tribeca for the past 40 years, his daughters went to Our Lady of Pompeii School where he made a point of knowing the teachers, administrative staff and the music director, Vinny practically knew everyone in the school. His daughters went on to Catholic high school and then went Iona College in New Rochelle. During his route to the New England states, Vinny would stop by Iona College to visit his daughters, he would park his tractor trailer and enjoyed spending a short time with them, meeting all their friends. Little did he know at that time, he met his future son-in-law at Iona College, Jon D’Amato, they both talked all about sports and enjoyed each other’s company, and then one day, he gave his oldest daughter’s hand in marriage to Jon.

Vinny idolized his two daughters immensely, he said he always wanted a son, but soon realized, daughters meant the world to him. He named one of his trucks ‘My 2 Girls’ after them. Jennifer and Nicole grew up knowing all about baseball, the NY Yankees was his favorite team, of course, he loved football, Brett Favre and the Green Bay Packers, he took his daughters to monster car shows, he would volunteer to go on school trips and help with whatever they needed. He wanted to be wherever his daughters were, and on weekends, we would all go to the Poconos house with family, all 17 of us. He loved his mother-in-law, Renie, and would call her Mom, he always said, she was the next best thing to his Mom, and she loved him the very same. Vinny would say, knowing the ‘Gillette Sisters’ was always an adventure, he loved and laughed with them, his sister-in-laws, Janet, Kathy and Irene, he loved them as his sisters, and they thought of him as the brother they never had. He was close to his brother-in-law, Danny, and truly loved all his nieces and nephews as if they were his own, and he was lucky enough to have them all feel the same, they respected and loved him as well. Vinny would do anything for any one of them.


Vinny loved animals and was a dog owner for over 40 years. He loved all his dogs, would travel with them if he could and they went everywhere with him. His first dog was Duke, a Colie and Shepherd mix, and then as the years went on, we had several German Shepherds, Rocky, then Storm and finally Chase. All our dogs became part of his life and our family as well.

Vinny was always a good sport, he dressed up for Halloween and enjoyed time with his family, as long as it made everyone laugh, he loved it. From the silliest of costumes wearing Robinhood tights, to looking like a bologna sandwich, the crazier the costume, the more he loved it as it made his day.

Vinny enjoyed life and having fun, he loved speaking to everyone about sports, music, any variety of topics, he knew practically everyone in the neighborhood and would make a point of trying to talk to everyone he met. He loved the 50’s Doo-Whop music, Andrea Boccelli, Elvis and Frankie Valli songs, he enjoyed it all. Vinny had a vast collection of 33 vinyl albums and 45’s, he was very proud of his collection and would listen to it on his record player.

One of his greatest joys next were his two grandchildren, Gianna and Dominic. They became his world. They called him “Pop Pop” and he loved teasing them, this was the highlight of his next stage in life. He retired and then watched Gianna when she was small, wheeled her around in a stroller, he showed her off to everyone. He loved Dominic, played catch with him and talked to him about cars and trucks. Vinny had a very vibrant personality, he was always out walking the dog, and when he became sick and no one saw him out any longer, we would always have someone asking, “how is he doing?” or “we will keep him in our prayers”. They always asked for him continuously and sending him good wishes.

Sadly, Vinny became ill with Alzheimer’s over 7 years ago and the disease gradually grew worse with each passing year. He drove a tractor trailer for a living, and after a while, he could no longer drive and eventually the disease hindered everything he so loved to do.

Vinny leaves his loving memories to be cherished by his family, his spouse, Linda, daughters, Nicole Soldi and Jennifer Soldi D’Amato and her husband Jon D’Amato, his grandchildren, Gianna and Dominic D’Amato. His sister-in-law, Janet McKenna and her children, Jimmy McKenna and Allie, and RaeAnne McKenna; his sister-in-law Irene and her husband Danny Hanley, their children Brianne Hanley, Danny Hanley and MaryAnn, Skylar Hanley and Aaron, and Kallie Hanley.

Vinny leaves behind his nephews, Marge’s sons, Marty Greene, Terrence and wife, Carol Greene, Anthony and wife, Mellissa Greene. He was also close to his first cousins, Chickie Hanlon and her son, Brian, and Sandy DeCicco, as well as, Bobby and Ellie Comito, who we spent every Christmas Eve with Vinny’s Mom at their house.

A Funeral Mass will be held in his honor on Monday, April 11th at 10:00 am at Our Lady of Pompeii Church at 315 Carmine Street, New York, NY. Immediately following the Mass, burial will be at Prospect Cemetery in East Stroudsburg, PA.