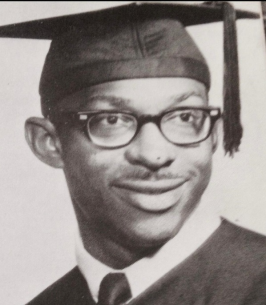 Reginald (Reggie) was born September 8, 1944 in Manhattan, New York City. He grew up in Miami, Florida. He attended high school up to the 10th grade and graduated early to attend Morehouse College at the young age of 15. Reggie majored in Business Administration with a minor in Psychology and joined the fraternity Omega Psi Phi (Q Dog). He met his wife Julia Ann there who attended Spelman. His first job out of college was with Ford Motor Company in Missouri. He used that work experience to get hired at IBM in Lexington, KY with the help of his brother Henry (Hank) Valentine who already worked there.

His first son Henry, named after his brother, was born in Missouri, and his next three children Reggie, Renee, and Angela were born in Lexington, Kentucky. While working at IBM he was transferred to their White Plains, NY location and he moved his family to Montclair, NJ. He had several different jobs before landing in Manhattan, NY where he worked for the first black mayor of NYC David Dinkins. Reggie had a love of photography, technology, and mathematics that he shared with his children who all have families of their own. He was very outgoing and friendly; he never met a stranger he could not quickly convert to a fan. He was often referred to as the “mayor” of the small community he lived in in Chelsea, Manhattan.

He was all about family and loved his children, 13 grandchildren and 2 great grandchildren. “GRANDPA LOVES YOU!” is what you would hear through the years.