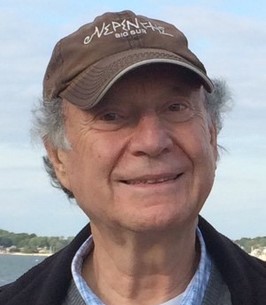 Jerry Spivack passed away on July 3, 2022 at the age of 83, after a valiant battle with cancer. Jerry was born in Brooklyn New York to Morris and Esther Spivack, on November 3, 1938. After attending Tilden High School in Brooklyn, Jerry graduated from Brooklyn College with a degree in English. He was then admitted to Columbia University and earned a Masters in English. Attending Brooklyn College at night, he took classes in advanced math, and eventually was offered a teaching position at Brooklyn College in the area of mathematics.

While continuing to audit higher-level math classes, Jerry went to dinner with, Maurice Karnaugh, who, according to Jerry, had a great sense of humor. Jerry says he laughed lots at Maurice’s jokes and as a result was soon invited to come work at Bell Laboratories, in Murray Hill NJ. It was the 1960s and Bell Labs was considered one of the most innovative research centers in the country, where people were advancing AI, and the future of communication. Jerry was mesmerized by the activities going on at Bell, and the creativity of the folks to whom he was introduced.. While there, he got another Masters degree in Communications and Control Theory. One evening, Jerry was invited to Maurice’s home for dinner, with several fellow Mensa friends, and that was when he met Karen Northrop, which was the most important single meeting of Jerry’s life!

While still at Bell Labs, Jerry began working with Bela Julesz, who had won a McArthur award for his genius contributions to communications. Bela was always telling Jerry he was not very smart, and to appear smart he’d have to create a whole new field for communications. Bela introduced Jerry to the field of future, vision research, and suddenly Jerry found himself entering a new field, that of psychology. This led to his taking courses in psychology and getting a job at Reality House, where he met Al Frances, a main contributor to the Diagnostic and Statistical Manual of Mental Disorders (DSM) guide, and followed by a position working for Mayor Lindsay as the Assistant Director of Prison Mental Health. In that capacity, he helped to bring paraprofessionals into all the New York City Houses of Detention.

At about this time, Jerry became involved with a group called “EAT”, which brought together science and engineers. He created one of the first computer-generated, interactive art pieces, which was exhibited at the Brooklyn Museum in 1967 entitled, “Computer Descending a Staircase”.


He soon became president of Inter/Action Communications, which focused on interactive entertainment.

He later joined AT&T, where he was in charge of new projects for the Securities Industry.
Always interested in gaining knowledge, Jerry began attending lectures at Columbia University. He was soon asked to organize the series, entitled “Knowledge, Technology and Social Systems”, where people would join him to hear the many interesting and forward-thinking speakers he brought to the program.

Jerry served as a board member of the Values Caucus at the United Nations, working with NGOs, while also serving as Vice President of Art and Science Collaborations, Inc. He eventually joined and became president of the NY Chapter of the World Future Society, which studied Alternative Possibilities for the Future.

As the coordinator of the New York City MENSA Gifted Children Resources, when asked what made someone “gifted”, Jerry would respond that he believed all children were gifted, until they entered institutions that undermined their creativity.

Jerry was a believer in bringing people together, by engaging them through conversation, and his awesome sense of humor, or through the art of magic, which he loved and cultivated from the time he was very young, after being introduced to it by a beloved uncle. In fact, we could say that Jerry was truly a magical communicator. His love of magic, caused him to spend many spare hours at the local magic stores, learning the craft, so that he could mystify both young and old fellow travelers.

He believed that everyone had something significant to contribute, and valued every person he met. Jerry's list of interests were vast, but his true gift was his love for people. He cared deeply about every person's story. He was as interested in where his janitor and his ancestors were from and how they had gotten here, as he was in the tales of the well-known scientists he encountered along his way. Everyone's life was important to Jerry. Always preferring to ride the subways, he would often connect with other riders, and by the time he arrived at his stop, everyone was talking with everyone else, and laughing (not the usual subway experience, for sure)!

He is survived by his partner of many years, Karen Northrop, her children Paige and Peter, and their families, his sister Brenda and her husband Don, their children, Aaron, and Jenna, and their families, and all the many people who Jerry touched along the way, as he joyfully lived his life.

A virtual Celebration of Jerry’s Life will take place on Thursday, August 18, 2022 at 5PM PST
(8PM EST). We would love for those who were connected to Jerry, and wish to participate to contact us for further information at brendaspayne@gmail.com

For those who have asked where a donation can be made in Jerry’s name, Jerry has been a steadfast supporter of The California Invention Convention, since its inception. On Jerry’s behalf we would like to offer an annual Big Thinker Award to a deserving young inventor that will be given in Jerry’s name. We think that it would give Jerry great pleasure to know that he is supporting a young person, each year, to help realize his/her dream towards creating solution to problems in the world.

If you wish to donate to the fund, place link in your browser:
https://gofund.me/6a797ec0